On any given day, nearly 1.5 million people are present on Melbourne’s busy roads. There is almost always some form of construction work going on, with several pedestrians crossing roadways throughout the day. On top of that, there is the constant re-routing of paths, the possibility of accidents, unexpected harsh weather… the list goes on and on.

The automobile industry is always striving to make our everyday travel experience on the roads much safer and more efficient. GPS is one such technology which has revolutionized the way we travel. Many auto manufacturers have also begun exploring the exciting arena of driverless cars which could soon become an everyday reality on the roads. GIS is heavily relied upon in the automobile industry to aid in the precise navigation of areas with minimal human interaction. In this article, let’s look at:

GPS is one of the most common and inexpensive technologies used for navigation purposes. The GPS system in our handheld devices acts as the receiver, while the GPS satellites orbiting the Earth are the transmitters. These satellites transmit low power radio waves through space to the receiver, allowing users to pinpoint any location in the world. Virtual mapping has benefited the most from GPS technology as we are now able to gather and consolidate spatial information about almost any location on Earth using satellites. 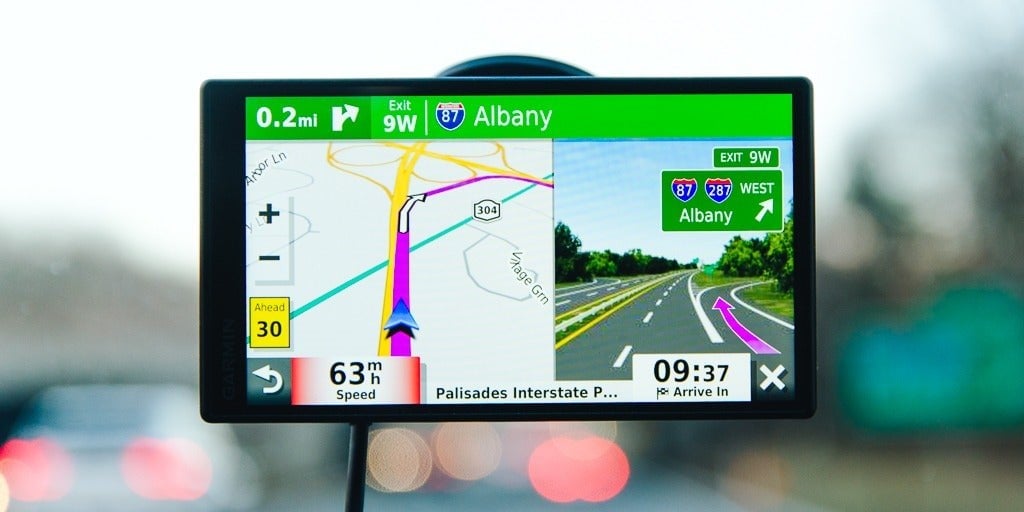 However, all this raw data obtained from GPS systems is meaningless until it is interpreted and analyzed accurately. GIS technology transforms this data into useful information and facilitates the analysis of patterns and the prediction of future outcomes. Large GIS databases can layer maps obtained from different sources on top of one another to create a more informative map. Essentially, the technology helps unlock the true potential of data gathered by GPS systems.

As humans, we can perceive our surroundings at a given time and anticipate movements. For instance, if a police officer holds a STOP sign at a junction, our brains expect all the vehicles moving in that direction to obey the order and come to halt. Or if the light for pedestrians’ flashes green, we anticipate that someone might cross the road. But how can so-called driverless cars, now manufactured by a lot of companies, achieve this level of intellect? Robust maps are at the core of successful navigation systems. But manufacturers must be able to equip these maps with real time information to ensure optimal efficiency and safety for the passengers.

To understand this, let’s jump into the brain of the driverless car. A technology called LiDAR is utilized to estimate distances from point A to B. A LiDAR system sends a pulse of light from point A to point B. It then measures the time taken for the light to return to the sensor. Using fundamental principles, the distance to point B can be calculated using the time taken for the pulse to reach point B and the speed of light.

Cameras are another essential component that allow driverless vehicles to recognize all the different features of a road such as pedestrian or brake lights through feeding them information about signs, colours and textures.

Using these components (along with other sensors), the environment of the car is constantly scanned with each movement. Based on the input received from the cameras and sensors, SLAM (Simultaneous Localisation and Mapping) technology allows these cars to map their surroundings in real time, creating a 3D map. Moreover, it has the flexibility to alter the response of the car based on these inputs, hence enabling it to mimic human instincts. Machine learning algorithms allow inputs from sensors to be converted into commands so that the car understands and orients itself based on the information it receives about its surroundings.

Careers in the industry

GIS Analyst:  This role involves managing geospatial displays and topology tools using scripting languages. GIS practices and metadata standards are to be practiced throughout the role.

Software Engineer: Building new and creative application experiences to enhance the core functionality of map-based driving is one of the key roles. Using programming and software components, software engineers fuse data from the map after localization with perception. They are also responsible for creating code and designs that abide by automotive quality and safety standards. Check out an exciting opportunity here!

Co-op Data Engineer: Responsibilities would generally include creating and maintaining high-definition Geo-spatial data to support self-driving technology. Communicating with other teams regarding map and performance updates is also a key aspect of the role. Internal tools must be utilized to analyze internally generated data for quality control purposes. Check out an opportunity here!

Technician: Utilizing a set of web-based tools, technicians complete a variety of mapping tasks. These may include digitizing road features such as signs and lanes, attributing features with appropriate metadata, associating features with one another to create entity relationships, and defining relationships between map objects. Highly accurate vector maps are to be generated using internal tools.

If you enjoyed this article, then you might want to read more in our STEM Career Series:

She Maps is Australia’s leading experts in drone and geospatial education.

Ready to buy drones for your school? We are an authorised DJI reseller in Australia.