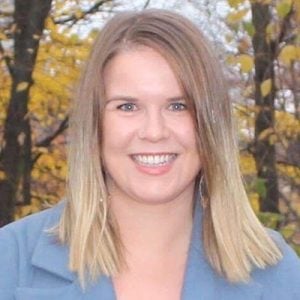 STEM books and stories are a phenomenal way to connect with kids. Storytelling is one of the easiest ways for us to communicate — a good story captivates our hearts and (often distracted) minds.

When we look at the challenge of increasing diversity in the STEM workforce, one clear area that needs work is pathways into the STEM industry. We know that educational pathways into STEM need to be more than just textbook learning to get students engaged and there has been a lot of progress in this area.

But an issue that constantly comes up is that the connection to industry is just not an easy one to make.

Research shows that children begin to aspire to careers in early primary school, and teachers, careers advisors and families are their key influencers.

Unless you’re a teacher or caregiver who already works in the STEM industry, there’s a disconnect with the industry stories and visibility, and how that influences our kids.

This is how Pippa & Dronie was born. While it is absolutely a book for children (5 to 9 years old), it is also a resource for teachers and caregivers to help bridge that gap and tell those inspiring, fascinating, entertaining industry stories about women who use drones, told through the eyes of a very cute, but very uncertain, drone called ‘Dronie’.

See how you can get involved

Dronie's pathway of discovery -- the little drone that could

Dronie is far from realising the big things she’s capable of achieving. Her journey of discovery helps kids think about their own hidden capabilities and creates that pathway of possibility at a very young age.

Creating a character who is unsure of themselves was a very purposeful move to bring young children into the narrative and create a more shame-free environment around uncertainty and failure.

Creating this character as a drone, rather than a human, was also very purposeful. Every child can relate to the feelings that Dronie has. If Dronie was a human, there’s a chance that kids could decide she doesn’t look like them — she could be a different race, or body type. You just can’t go to those places with a little drone!

Through Dronie’s adventures with Pippa, this STEM book takes kids on a journey across Australia, from the Great Barrier Reef, to Kakadu National Park, interacting and discovering six strong female role models working in STEM-related fields.

This is something that teachers tell us all the time is so important to them and that there is such a lack of different kinds of teacher resources to do this in a meaningful way.

If we go back to this idea of pathways and take a look at Australia, it becomes really clear where the breakdowns are. (For ease, we’re not using US statistics but our understanding is that they are fairly comparable).

The outcome of a lack of representation in STEM

Firstly, let’s acknowledge that a lot of emphasis is put on the outcome of the lack of diversity in STEM by looking at the STEM workforce. We see this reported in the media as well as highlighted by public bodies.

Only 27% of the STEM-skilled workforce in Australia is female (despite almost half the workforce being female).

This is obviously highlighted because it’s such an atrocious statistic that requires real action. But only focussing on this statistic means that we miss the other information that helps explain how we got here.

It also doesn’t explore representation of race and other identities and orientations, which we know is also a huge issue in the STEM workforce. For instance, Aboriginal and Torres Strait Islander students, students from low socio-economic backgrounds, LGBTQIA+ students, and those from regional and remote areas are more likely to have negative perceptions of STEM disciplines and are less likely to aspire to STEM careers.

There’s a lot of individual issues to unpack there, from race to class politics, but a common thread is often a feeling of ‘otherness’ or not feeling good enough.

Unconscious bias about who can do STEM starts young

Professor of psychology at the University of Kentucky, Margo Monteith, Ph.D., describes the phenomena of bias well: “Children don’t have a choice about accepting or rejecting these conceptions, since they’re acquired well before they have the cognitive abilities or experiences to form their own beliefs.”

Basically, there are a lot of forces that form concepts and beliefs in the minds of our kids: our own unconscious bias, mass media, an education system that is not built by, or for, diverse people — and subsequently, educational resources that don’t fight these forces enough.

By 2025, gender equity has been achieved in STEM-related media content.

We believe that this should be expanded upon to include the content that STEM books and resources provide and also ensure that the much-needed link between kids and pathways to the STEM industry are highlighted as being not just doable, but also exciting and inspiring spaces for people from all walks of life to step into.

Storytelling is an incredibly powerful way of reaching children as they already relate this with a joyful experience.

There are a couple of great studies in Australia that look at the choice of STEM subjects in school. We often turn to the Women in STEM Decadal Plan because it pulls together the best research across the board. Below, is a quantitative look at the pathways into subjects at a senior level of high school.

We wish there was more centralised, qualitative research done in this area. Again, a lot of these studies really focus on university graduates and the STEM workforce and don’t go hugely in-depth into what is happening at a school level.

This is definitely something that teachers can help with and share with us. The big question is:

Why aren’t girls and students from other diverse backgrounds choosing to do STEM?

What are the specific belief systems that come into play when you talk to students about their subject choices? How do you think these belief systems relate to their life experience — at home, what they’ve picked up through the education system, from their friends, in their interests and hobbies.

Understanding this at an even deeper level than we already do can help us provide the resources that teachers need to combat them. This is split into two areas: VET training, which is generally post-secondary, and the secondary subjects that lead into it, such as all kinds of Engineering subjects; Agriculture, Horticulture, Conservation, and Land Management; Integrated Technologies; Laboratory Skills, and many more.

For the non-Australians out there, VET stands for Vocational Education and Training.

Why have we focussed on VET?

You’ll see from the figure below that the health sciences aren’t doing too badly. There has been a lot more representation of female doctors, physios, dentists, and more, in the last couple of decades and this is really showing through in Australian high schools.

VET, however, is not doing so well. And VET qualified workers make up 68% of the total STEM workforce. Of VET qualified STEM workers, only 9% are women.

Health and earth sciences are doing much better, however Engineering, especially, and those subjects perceived as ‘hard’ or ‘boring’ – Higher Maths and Physics, are also struggling with female enrolment. Interesingly, Computing is also struggling, despite tech being fully integrated into our daily lives.

There is a direct link here with the school subjects. Again, medicine and health sciences are well-represented, whereas Engineering and Computing are not. Interestingly, the largest change was that girls enrolled in Earth Sciences at school dropped off by 10% in VET enrolments.

Given the climate crisis, this data about geological and earth sciences is particularly concerning.

Creating the pathway through storytelling and technology

With children’s STEM book, Pippa and Dronie, we are immersing kids in ‘if they see it, they can be it’ through an AR app that is launching in October 2020.

Not only is this a great way to engage kids and ensure that industry-representative STEM books don’t gather dust, it also tackles the Computing issue at a young age. It shows kids that integrated technology is creative and beautiful, and not just the domain of men.

Throughout the STEM book, they learn that technology is a tool for good — and they use it with their own hands in this way as well. How To Get Involved

Every book we sell, we give one to our charity partners, Deadly Science and Ardoch, who will distribute Pippa and Dronie to underrepresented groups around Australia through our Get One, Give One scheme.

We’re aiming to have 800 books pre-ordered (at the time of writing, 433 are sold so far). This helps us budget how many we can print and also helps our charity partners work out distribution of the books you will have kindly donated with your pre-order!

She Maps will be hosting a Virtual Launch Party as part of National Science Week 2020. This will be a whole week of activities, from author readings, talks from the female scientists featured in the book, as well as how the book was illustrated. Register interest over on the Pippa and Dronie website and we will hopefully see you there!

She Maps is excited to be one of only seven Queensland companies selected for a grant from Inspiring Australia to help participate in National Science Week.

How I’m educating at home with Live in Orbit