I found this whilst digging through some old family photos and couldn’t believe how relevant it was to what we advocate for at She Maps. There I am pictured to the left, playing with a toy car, and the little boy pushing the stroller is my brother Robert. I’ve always been aware of the concept of gender bias, and have been an advocate of women in STEM since I realised that was where I wanted to take my career. However, it wasn’t until working with She Maps that I’ve become inordinately more aware of when that gender bias takes hold, and sadly it’s from a very young age.

From the second we are born we’re placed into one of two categories, girl or boy, and this shapes our early years in a number of ways, from the clothes we’re dressed in to how we’re spoken to, and what toys we’re given to play with. Now I don’t have young kids, and neither do my friends or close family, and I can’t say I’ve had much to do with young children at all in the past 10 years. So my naïve, optimistic brain thought that we had moved on from a time where there were ‘boys toys’ and ‘girls toys’ and isles in the shops segregated by pink and blue. But I was wrong. I spent last Saturday morning watching cartoons (and the associated advertisements) and was appalled at how little things had changed. It is still the case that toys typically marketed at boys teach spatial awareness or physical confidence, whereas toys marketed at girls are often plush, focus on appearance, or are related to child rearing.

However after doing a bit more research, the thing I found even more disturbing was when TV shows which featured female lead characters were removed from toy sets all together. There are already well-criticised examples of this, such as the character Rey missing from Star Wars: Force Awakens toy sets, or the fact that Paw Patrol merchandise hardly ever features the one female character, Skye. What kind of message is this sending to our children? That no matter how crucial a girl is to the story, or what she contributes, she isn’t worth being seen. It’s generally not one huge life altering event that teaches girls that they are less than, it’s all the little things that add up to subconsciously inform us that we are not equal. Why is it that we can’t have girl characters appearing in ‘boys toys’? It’s as if anything associated with ‘girls’ are inferior and something to be ashamed of.

The bias isn’t just present in toys but also the way we speak to children. It’s been shown that in everyday speech between mothers and pre-school aged children, mothers speak to boys two to three times as often about numbers and quantities compared to girls. Phrases such as ‘he has two eyes’ or ‘how many feet do you have?’ appeared nearly three times more in conversations with sons than in conversations with daughters. Language is extremely powerful, and this early encouragement with numbers has flow on effects.

Because boys are spoken to more often about numbers and quantities, they show a higher confidence with maths at a young age. From as early as age five, there is evidence that boys have a greater perceived competence, even though there is no difference in actual ability. Girls do not expect to succeed, so despite having no difference in ability they are discouraged from maths and other STEM subjects before even reaching high school or university. This lack of interest, caused by how they’re treated in their formative years, leads to the seriously misleading stereotype that men are just naturally ‘better’ at STEM disciplines than women.

With all this being said, I want to strongly emphasise that gender bias impacts everyone, seeing a woman in the field of engineering is as common or possibly even more common than seeing a nurse who is a man. However, it becomes a problem when there is one gender which, through inherent bias, is excluded from careers which are higher paying and more influential.

A message to parents

This photo I found in an old box at the bottom of a cupboard reminded me of how lucky I am. I grew up never even considering that I was any different or less capable than my older brother. There was no such thing as ‘boys toys’ or ‘girls toys’ in our house – we all fought over the (at that point not gender-segregated) LEGO. From an early age I was given responsibility at our family business counting tills. This early exposure and confidence in maths is what I absolutely attribute to my continued confidence in STEM subjects throughout school. I received infinite encouragement and support from my parents when I was growing up and they have always backed my decision to pursue a career in science.

So my message to parents out there is that what you do really does make a difference. Being conscious of gender bias, and having discussions with your kids to bring awareness to gender bias really does make a difference. We may not be able to control the marketing giants who insist we put our girls in pink and our boys in blue, but we can control what we buy our children and the language we use around them. We must quell stereotypes that might discourage girls and women from pursuing careers within STEM, or we’re robbing them of a future in some of the world’s most rapidly expanding industries. 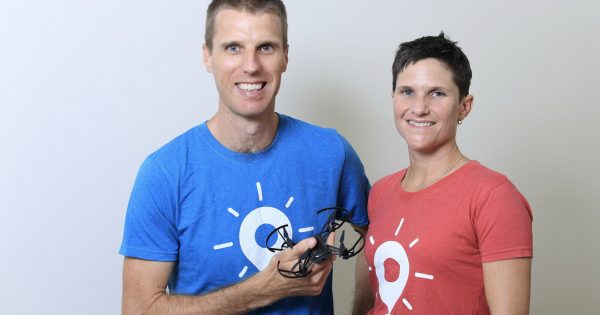 Support for teachers and parents during COVID-19