STEM Diversity: Girls are Pretty, but Boys are Strong

No More Boys and Girls: Can Our Kids Go Gender Free?

Originally aired on the BBC last year, ‘No More Boys and Girls: Can Our Kids Go Gender Free?’ Dr Javid Abdelmoneim explores gender equality issues in a group of seven year old children. The series is currently shown on the ABC on Tuesday evenings and I highly recommend checking it out.

In the first episode, we meet the children and their classroom teacher. I confess to tearing up on a number of occasions as we hear comments from the children such as:

For anyone who thinks that boys and girls are just born this way, have a look at the science that suggests otherwise. There does not appear to be anything fundamentally different between the brain of a boy, and that of a girl. This is why awareness and cultivation of diversity in the classroom is very important to beat these biases and gender roles.

Yet this episode clearly shows that even children this young have been affected by gender stereotypes. Girls are lacking in confidence, and boys are lacking the ability to express their emotions.

From the outset, we have designed She Maps to challenge these stereotypes. We discuss stereotypes and I am always crushed by their stories of what they have been told they can’t or shouldn’t do.

This has to change.

We need to help girls grow their confidence by showing them that they CAN do anything they work hard for.

I was fascinated by the experiment with language in this episode. The teacher was asked to stop using his common terms of endearment for the children – ‘sweet pea’ for girls, and ‘mate’ for boys.

The idea behind removing the terms was that they were constant reminders of the gender difference. Most interesting was a short interaction that Dr Abdelmoneim had with a group of children when he suggested that perhaps the boys could also be called ‘sweet pea’.

The children were horrified, though they didn’t seem to find it a problem with the teacher calling a girl ‘mate’. I believe that this is because calling a boy by a feminine term is seen to be inferior.

What about tomboy vs nancyboy?

While tomboy isn’t necessarily a compliment, it’s certainly not as derogatory as nancyboy. So why is being female such an insult? Both terms act to reinforce gender stereotypes.

As a girl who grew up being called a tomboy, I realise now that not conforming to the ‘girly girl’ probably helped me to learn the skills that eventually lead me to a scientific career.

Where would I be now if I had played with dolls and tutus?

I believe that language is important and although the old rhyme may claim that ‘sticks and stones may break my bones, but names will never hurt me’, it is far from the truth.

Language may seem simple, but it can have a lasting impact. Thus, part of our STEM teacher training program is to discourage all She Maps Instructors from using ‘guys’ when addressing participants.

Most of our participants are not guys. Besides, using terms like ‘pilots’ and ‘crew’ is far more empowering. I remember when ‘guys’ became part of our vocabulary – I think it was in the height of the sitcom era of the early 90’s. It hasn’t always been there, and it doesn’t need to be there now.

Gender Equality in the Classroom and Workplace

In this first episode, I also loved how they challenged stereotypical male and female careers by bringing role models into the classroom. Seeing the boys interact with the dancer and makeup artist was priceless and hopefully life changing for them.

Equally so for the girls with the female mechanic. If we want to achieve gender equality in the workforce, we really have to start young with introducing role models.

I love showcasing the wonderful women in science and drones through She Maps.

We might only be 1% of Australia’s drone pilots (hoping for change here!), but that doesn’t mean that we can’t make a strong social impact and pursue STEM professional development.

‘See it to be it’ is certainly a very powerful mantra.

It would be so easy for schools everywhere to implement some of the ideas from this episode! Class by class, school by school, we can make a difference in an entire generation to save children from growing up with fixed and limited ideas about what they can achieve.

Read our insightful article on unconscious bias and what you can do to overcome it, to achieve diversity and inclusion in the classroom. 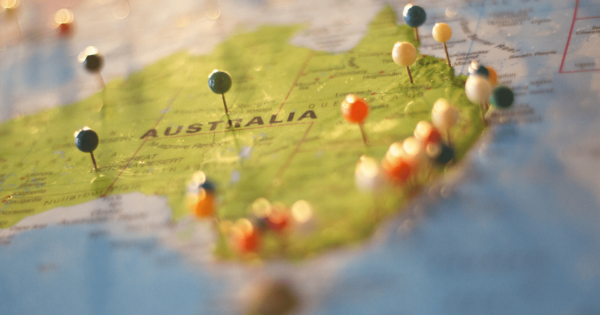 What Makes Geography Just as Sexy as Other STEM in Secondary Schools?