This STEM diversity article is written by Mareeba State High School student, Gullara McInnes. Gullara completed work experience with She Maps in November 2019. Below, she shares her unique insights about the last few years of high school. Trying different interests and career paths on for size, all while navigating life as an Aboriginal girl in Australia. Here is her story:

From 2016 to 2019, the stereotypes associated with my gender and Aboriginal background have constantly tried to stop me. I admit it’s been challenging to take their derogatory words and look into their eyes and say, “You’re wrong.” My name is Gullara McInnes. I started Year 8 in 2016, nervous yet excited to be in my second year at Mareeba State High School, and yet I was lost. After a year at high school, everyone I knew had some idea of careers they wanted to pursue and the subjects they were going to study.

A couple of weeks after school started, Cadet Sergeant Newlands and Leading Cadet Geary came to our year level parade on Friday. They handed out pamphlets about joining the Australian Air Force Cadets. I was curious and decided to go to their Open Day. I met more cadets there and talked to them all. They told me of their adventures on Mount Molloy on Bivouacs, shooting and flying, and I instantly knew that this was something I wanted to do. My first year consisted of a lot of drills and basic training, but it was fun. A friend of mine, Cadet Murray Hastie and Cadet Burton were both Aboriginal, so we had our race to be proud of as the only three Aboriginal Air Force Cadets in the squadron. That was when I looked around at a sleepover at the squadron, and I noticed that the number of males required two rooms while the females only needed one. I asked Cadet Sergeant Rizzetto why other girls weren’t interested in the Air Cadets. She said, “It’s because they just don’t enjoy the activities, they think it’s too hard and that it’s a guys thing.” Soon the end of the year parade came around, where we said goodbye to the squadron and our friends hoping that next year they’d return.

Struggling to Find My Passion

During the school holidays, I attended an Engineering camp for Aboriginal students, and the people I met there were faced with the same challenges as me. They also had to deal with stereotypes and the challenges faced with being an Aboriginal student. I asked them what they thought of the school programs offered for Aboriginal students that teach Aboriginal culture, and they said that “they enjoyed them.” This was our only difference. I explained to them that my parents taught me that the family should only teach culture at home. All the programs on offer, such as the ARTIE program, had no science, no maths, no technology and only offered me a certain certificate of year 12 competition. They didn’t offer me further development in the subjects I’m studying and it also threatened to make me miss classes. I’ve said ‘no’ to it all and used school to focus on my subjects, which I was still uncertain about.

2017: Taking To New Heights With Drones

2017 soon came, and so did school. After my STEM camp, I understood many concepts and ideas about engineering, but I still didn’t know where I was going career-wise. A few weeks later, Air Force Cadets started back up, but Murray Hastie and Burton had not come back. I don’t know why they left, but they told me at school “that they weren’t interested and would rather hang out with their mates on Friday.” It was a shame, but they were entitled to their own opinions, and there was nothing I could do to persuade them to come back.

My Dad got an email a few weeks before the semester break.  It said that ‘She Maps’ was holding a drone camp. I was interested and knew nothing about drones, yet the excitement of handling a drone was thrilling. I didn’t know what to expect when my Mum drove me to Trinity Bay State School for the course. I was excited and also a nervous wreck. But after an introduction to drones from She Maps Education Director, Karen, and learning how to code and fly the Parrot Mambo drones, I found that I loved flying drones. I learned a lot from Karen in the three days. She inspired me. I remember her telling us that less than 1% of pilots are women. I was shocked but not surprised about the fact that there’s less diversity in STEM programs like drones. School started again, and I soon got an email about the 2017 ‘Tournament of Drones.’ There are two things I love. Flying drones and competing. So, I got my two friends Natalie and Tess, and trained them on how to fly a drone. It took three weeks of preparation, but we were ready. We competed in multiple challenges and came fourth.  In all defeats, people are bound to feel disappointed, but I didn’t. I considered my defeat an achievement and was determined to come back in 2018 with the most teams and win.

The next year I planned activities for the drone club I developed alongside the teachers at my school. However, the problem was we only had one drone. So, while studying my Year 10 subjects, every lunch break, we were flying drones on the oval if it wasn’t too windy. Finally, the Tournament of Drones came around, and with my only drone, I trained 12 diverse people to operate a drone safely. All our teams placed in the top 10 and my team won. Our win got us another drone for our school, but that wasn’t the end of our 15 minutes of fame. The school brought three more drones! Cynthia Lui, the Member of Parliament for Cook in the Queensland Legislative Assembly, donated a drone to our school. Our club finally had enough drones so everyone could attend meetings and take on the new challenges I set. Alyssa, Vanessa, and I also co-ordinated Science Week basing the activities on the Tournament of Drones challenges. It was also my secret opportunity to scout talent for the Tournament in 2019. It wasn’t the end of my exciting year. Earlier in the year, I attended a promotion course as part of my cadet training and was promoted to Corporal. During the holidays, I was also expecting to undertake my next course to become a Sergeant. My holidays were very busy for two weeks, I was in Townsville attending the course, then I was at home for three weeks, and then I was on a STEM camp in Newcastle for water and fire science. It was called the ‘Aboriginal Summer School for Engineering Technology and Science. It was a fantastic week, and I learned the chemical equilibrium formula for carbonic acid off by heart.

School soon began again, but it wasn’t like other years. I was in Year 11, and my cohort was the first to go through senior schooling through the ATAR system. I didn’t know which subjects to choose, but I knew what my interest was — drones. I selected Math Specialists, Math Methods, Physics, Chemistry, General English, and Geography. I finally understood the path I was heading down, but it wasn’t until term four that my true path was forged. I was accepted into the CSIRO STEM academy, which included tutors throughout Year 12 and university, along with a $5,000 grant for university. With this on my mind, I finally figured out which path I wanted to take. And it’s thanks to the team at She Maps, Karen and Paul. They’ve inspired me and helped me find my passion. If it weren’t for Karen, I wouldn’t have decided that the degree I want to study at university is geospatial science. Once that is over, I’m going to the Air Force.

Read Dr. Karen Joyce’s take on teaching how to fly drones as a scientific pursuit here: Science Beyond a White Lab Coat.

She Maps is Australia’s leading expert in drone and geospatial education.

Ready to buy drones for your school? We are an authorised DJI reseller in Australia

Schedule a call with one of our team members to get some personalised recommendations.
Schedule a Call 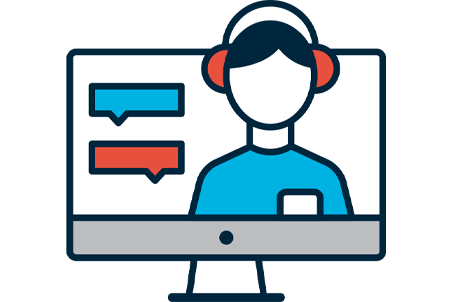 She Maps Roadshow – drones and GIS in your STEM program

6 tips to get your students flying drones at your school