Copies Delivered Around the World

Copies of Pippa and Dronie are available and are now being introduced to STEM in primary schools around the world, thanks to the support from The Surveyors’ Trust. She Maps designed the Pippa and Dronie resources to be used by a classroom teacher as an integrated STEM education unit or by a specialist teacher who comes for RFF (release from face-to-face) or DOTT (Duties Other Than Teaching).

Katie Vidal is a casual teacher in Canberra, ACT (as well as being our resident educator at She Maps). She added Pippa and Dronie to her resources last week and was given the opportunity to use it as a specialist Science teacher in composite Year 1 and 2 classes.

Due to the nature of her work, lessons do get manipulated to suit different situations.  The following lesson was planned to suit the classes that she was booked to teach.

She identified the following learning intentions:

By the end of the day, she had shared these learning intentions with 5 different classes.  She did not quite have it memorised by heart, but she certainly had the intonation on certain sentences timed perfectly.

Before reading the text with each class, the question was asked – “What Does a Scientist Look Like?”

The usual suspects were given  – white lab coat, microscope, glasses, and test tubes.  These answers are NOT incorrect, but Pippa and Dronie want to expand those answers and help classes to explore the content descriptions of Science as a Human Endeavour to challenge their thinking. This narrative lends itself to a strong shared reading lesson. The Illustrations are eye catching and relevant. They help to tell the story clearly and concisely. Each character provides a real life snapshot of the day in the life of a scientist.

One of the most interesting discussions about the book was whether it is a fiction or a non-fiction text, it is both. The story itself is fictitious, but the characters are real. All except Dronie, the students loved pointing out that there is no such thing as a drone that has a face, can express emotions, and can talk.

Reading the story with the class went smoothly. The students were engaged in the narrative and were interested in the different characters that Dronie was introduced to.

Fun STEM activities for kids were held to conclude the lesson. The students were challenged to draw themselves as a scientist and what tools they would use to explore their chosen area.  They were asked to label their drawing/diagram.

There were grumblings around the classroom about their abilities to draw. The concept of growth mindset and introducing the students to the word “Yet” worked effectively to reengage most students. When it is added to a sentence it can change the way you attempt an activity.

Many students became frustrated thinking about what they could be, so a list of potential areas was created which included suggestions like sport, food, animals, plants, mapping, emergency services, art and weather, plus many more.

The number of different jobs that were created was mind blowing. Here are some of the examples of what they put down on paper:

Through these work samples, there were examples of achievement of the learning intentions stated at the beginning of the lesson, making Pippa and Dronie one of the ideal beginner drone programs for schools. Within this 50-minute lesson, Katie found that students connected to the narrative and were able to achieve the learning intentions that she had set.

Pippa and Dronie is a narrative that helps teachers and students to explore STEM in creative and imaginative ways.

The resources created by She Maps provide a range of opportunities to explore STEM including introducing junior students to Google Earth, email, maths, and mapping.  It all concludes with a design and technology challenge to think about what the future could hold and how the class can be a part of it.

Even though it was a standalone lesson, Katie feels confident that she could go back to those same classes with Pippa and Dronie and add one or more of the lessons from the unit to her STEM curriculum to ensure all students always get quality learning moments.

Click here to learn how to teach drone lessons in the classroom. 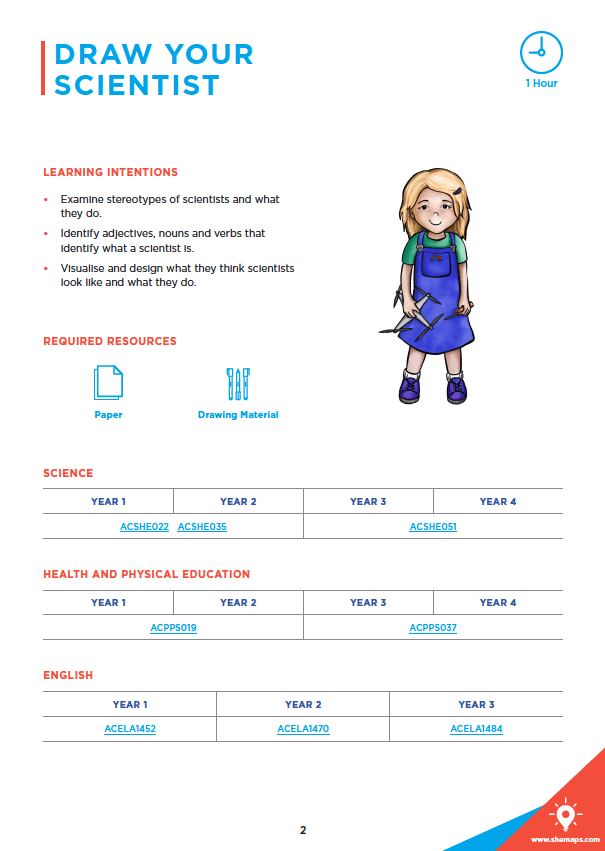 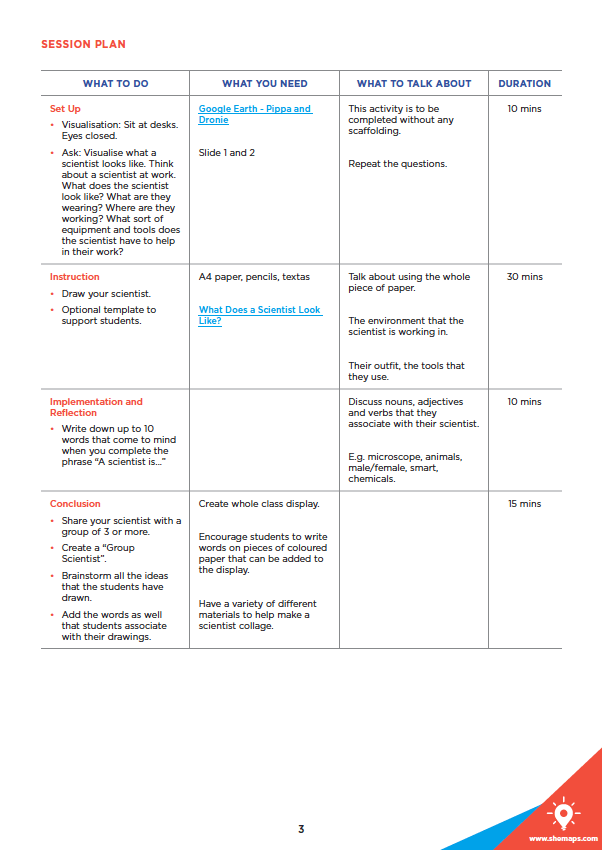 The book was made possible due to the financial support from The Surveyors’ Trust. Find out more about the partnership by clicking below.

Find out more about the partnership Teach New STEM Lessons With Our ‘Healthcare in the Himalayas’ Activity